Where Are Home Prices Rising Fastest?

By Les Christie | CNNMoney.com – Wed, May 23, 2012 1:40 PM EDT
The tide is already starting to turn in some U.S. housing markets, with home prices in these metro areas expected to climb anywhere between 10% and 21% by the end of next year, according to Fiserv.1. Madera, Calif. 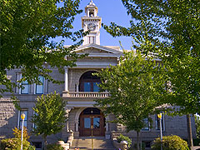 "Homes are selling quickly and with competing bids," said Esther Riffel, president of the Madera Association of Realtors.

However, part of the reason the deals are so good is that most of the sales are foreclosures or short sales, said Riffel.

Another thing to be wary of in Madera: The jobs picture. As in most nearby cities in California's Central Valley, unemployment is high, at 16.6% in March, according to the Bureau of Labor Statistics. 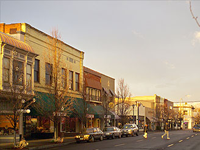 "We now have the lowest [housing] inventory in six years and the strongest buyer traffic in seven years," said Colin Mullane, a real estate broker at Full Circle Real Estate in Medford.

Homes are selling at a quicker pace and at higher prices than they did over the past several years, according to the local multiple listing service. Another promising sign: more distressed properties are being sold in short sales rather than going into foreclosure.

One factor could hinder the housing market recovery, however: unemployment. In March, unemployment stood at 11.7%, well above the national average.

But a steady influx of retirees should help. According to Mullane, many seniors are drawn to the area for its mild Mediterranean-like climate, excellent medical facilities and reasonable cost of living. 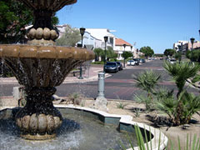 Courtesy: Yuma Visitor Center
Median home price: $105,000
Drop since market peak: 37.4%
Forecast gain through 2013:16.7%Yuma can thank its location for helping it recover from the housing meltdown. The Arizona town sits in a Foreign Trade Zone, where products and materials can be moved between Yuma and Mexico duty-free.

And the nearly constant sunshine also makes it a center for renewable energy development, with companies like First Solar and Abengoa Solar hiring hundreds of workers, according to Julie Engel, director of the Yuma Economic Development Corporation.

Agriculture is another major industry here, especially due to the long growing season.

All that is helping, but the economy is still struggling. The area has one of the nation's highest unemployment rates, nearly 24% in March. And median household income of just over $45,000.

A structural problem for the economy is that it's seasonal with agricultural workers often facing months of idle time, according to Moody's Analytics. The workforce also tends to be poorly educated with only 15.9% holding a bachelor's degree or higher, according to the Census Bureau.

Yet, home prices are so cheap that the vast majority of families earning the area's median income can afford a home, according to the National Association of Home Builders. 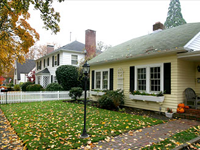 Courtesy: Corvallis Visitor Center
Median home price: $224,000
Drop since market peak: 11.4%
Forecast gain through 2013:13.2%The economic fortunes of the Corvallis area are closely tied to Oregon State University, which not only hires a lot of workers but has also spawned a handful of local businesses.

Recently, the local economy has been on an upswing. The unemployment rate has fallen by nearly one percentage point in the past year to 6.1%. And enrollments at the university climbed by 8% and 5% over 2010 and 2011, respectively, boosting demand for rental units.

That has created an opportunity for real estate investors, who are buying up homes priced below the median level and renting them out to college students, said Jimmy Yang, an associate professor of finance at Oregon State

Supply is limited though, according to Stuart Conser of Conser Realty. Smart growth initiatives aimed at preserving open spaces put limits on development in certain parts of town. With fewer new homes being built, it should put upward pressure on pricing. 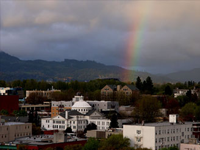 Courtesy: travellanecounty.org/Jamie Hooper
Median home price: $166,000
Drop since market peak: 21.2%
Forecast gain through 2013:12.4%Like Corvallis, Eugene's comeback is partly being fueled by the fact that it hosts a big university.

The University of Oregon brings a steady supply of students, many of whom stay in the area post-graduation.

However, earnings here are not very high. Household income in the Eugene area is about $53,000, about $13,000 below the national median.

Still, homes are selling -- just not at the high-end of the market, said John Hoops, a former president of the Oregon Association of Realtors and a broker with Windermere Real Estate.

"On inventory under $200,000 we're seeing multiple offers," said Hoops. Sales of properties near the university are especially strong with some of the demand coming from investors who rent out properties to students.